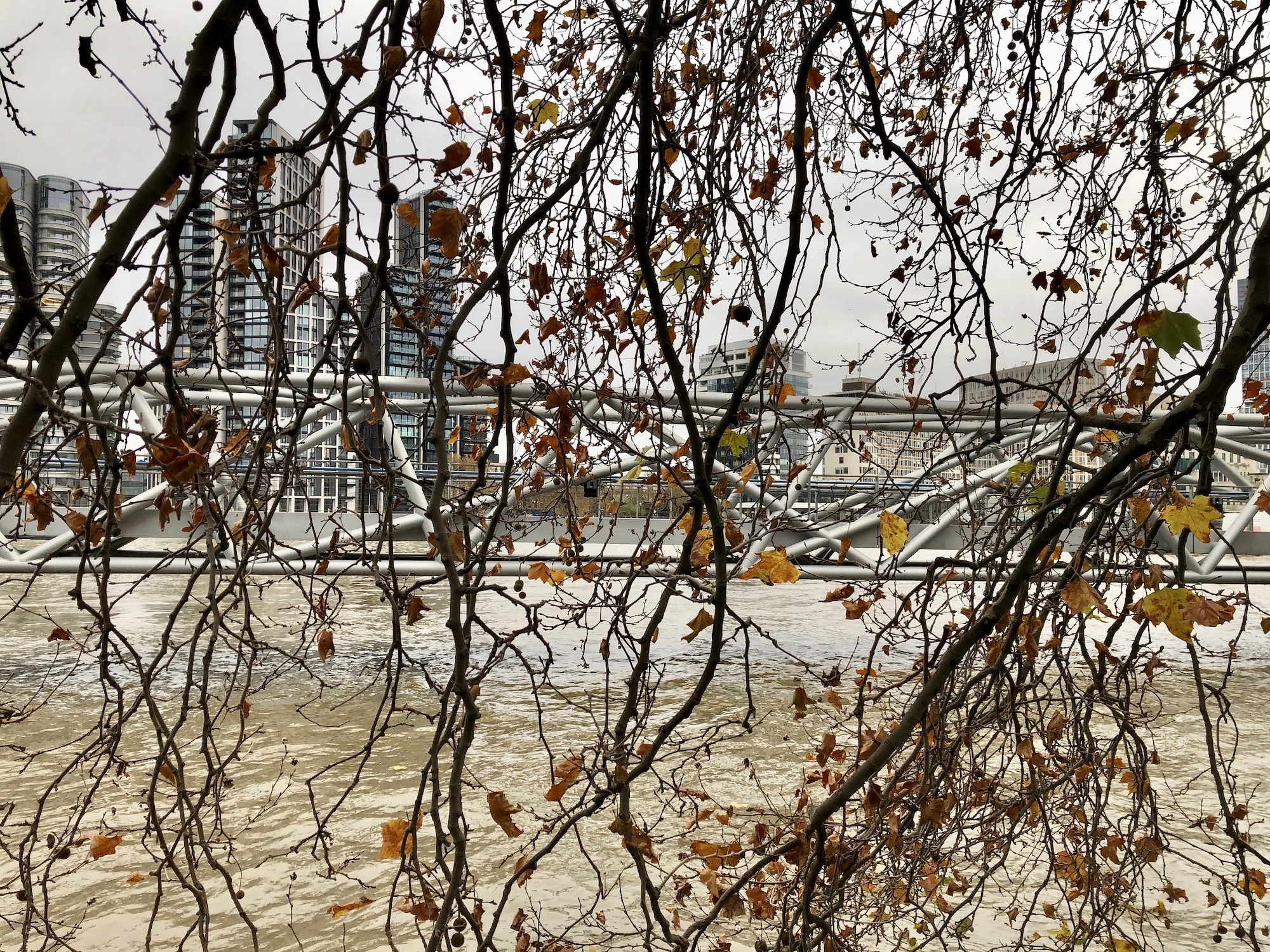 A photo gallery of some favourite pictures from the months of 2022.

The most important historical event of 2023 was the death of Her Majesty Queen Elizabeth II, bringing to an end the longest reign of a British monarch. We were away for most of September and so missed the events taking place around the funeral, including the Thames Reflections flotilla, transformed from a Platinum Jubilee celebration into a “Tribute by the river community marking the passing of Her Majesty the Queen and the accession of King Charles III.” You can see the beautifully made Livett’s film, marking the occasion of the first illuminated flotilla to be held on the Thames for three hundred years, by clicking here.

End Notes
There are a number of photographers regularly posting and sharing their images of the tidal Thames on Twitter. Here are just a few of them to give you a broader idea of the constant changes of weather, passing vessels and views.

Ruth Wadey: @ruths_gallery To see beautiful clouds, sunrises and sunsets over the Thames at Twickenham.

Kristi Tange: @KristiTange To see, apart from others, Hammersmith Bridge in its many guises.

Emily: @emilyjanelovell To see a variety images of the Greenwich Peninsular.

Andrew Christy: @AJBC_1 To see a different ships visiting London and the Docks also interesting photos on river events such as the preparation for the NYE fireworks and new RNLI Tower station.

Kristen Atkinson: @Krispen_Ships To see ships along the Thames and further afield.

Fraser Grey: @FraserG32883664 To see pictures of larger ships passing too and from Tilbury .

Ian Tokelove: @iantokelove To see wild places along the Thames and the Estuary.

Psychojographer: @psychojography To see places, awakening the imagination around the Thames Estuary and beyond.