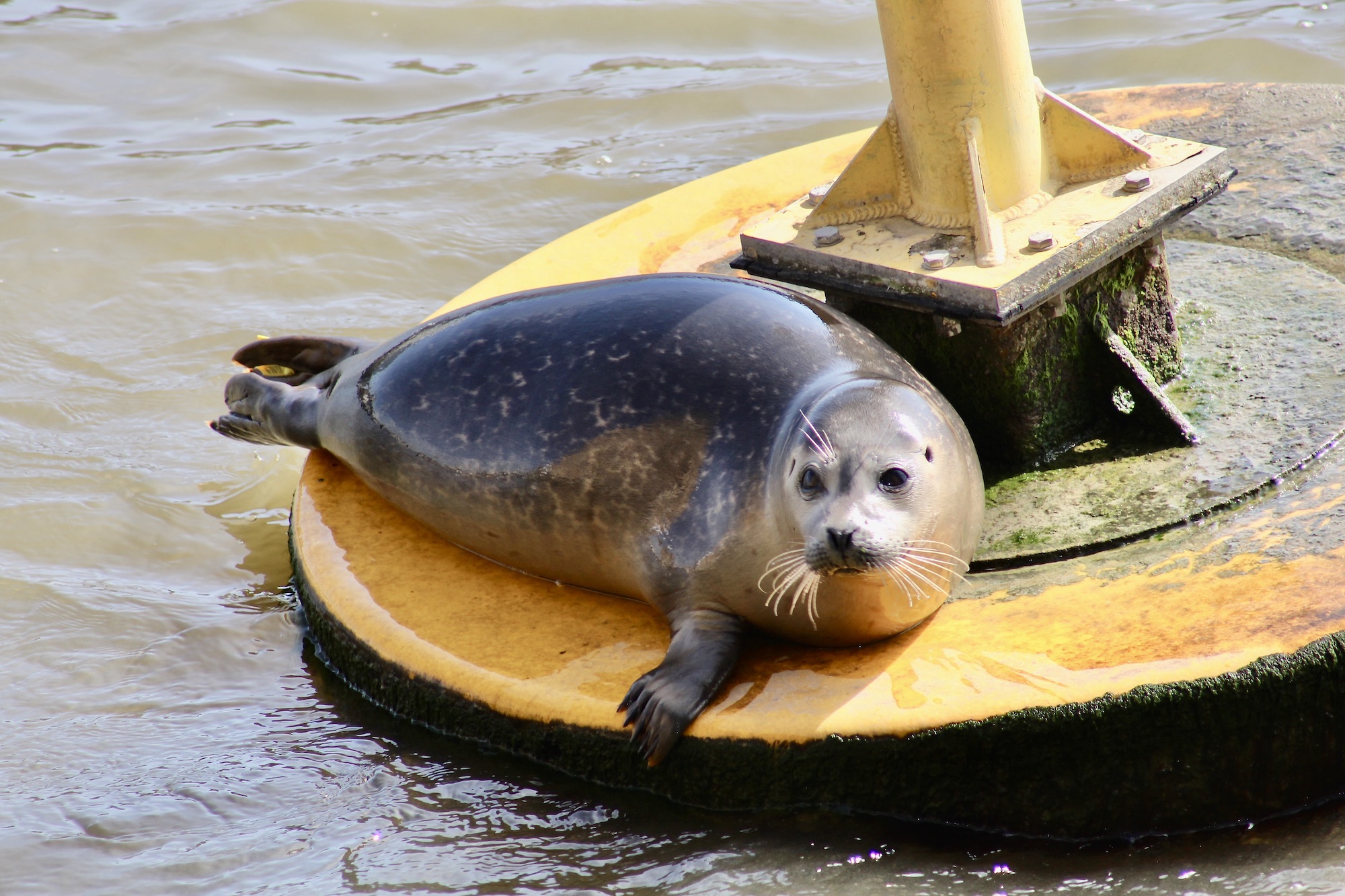 Ever more popular with seals, the tidal Thames is home to…

…two species of seal: grey seals and harbour seals. Following on from my previous post I am here concentrating on what I’ve been told are harbour seals. During this last month of April, I have been lucky enough to see and photograph a pair of them along Lambeth Reach and around the Palace of Westminster where the yellow, floating markers seem to have been a source of attraction.

Information kindly supplied by RSPCA East Winch Wildlife Centre: “63275 – Twerk is a common seal who came into us on 10th July 2021. She weighed 8.75kg. She was an orphaned pup from Shrewsbury, Essex. She remained at the Centre until 24th November 2021 when she was released into the River Nene, Sutton Bridge in Lincolnshire which flows into the Wash. She weighed 35kg.”

“63304 – Flash Dance is a common seal who came to us on 20th November 2021, he weighed 15kg. He was an orphaned pup from Felixstowe, Suffolk. He remained at the Centre until 21st January 2022 when he was released into the River Nene, Sutton Bridge in Lincolnshire which flows into the Wash. He weighed 35kg.”
When asked about the names, the Wildlife Centre explained: “Seals are the only animals that we name and the theme for that common season was dances.”

Since my last seal sighting, and during my absence for a couple of weeks, Twitter friend Matt took a film of a seal playing with a ball on the upstream side of Lambeth Bridge. Check out his May 20th Tweet @MYPersonalTrai5 So nice to see.

Sources and further information
With thanks to The RSPCA East Winch Wildlife Centre,
@RSPCA EastWinch for information about the two tagged seals.
Seal sighting by Kristi Tange on February 19, 2022 reported in: SW Londoner