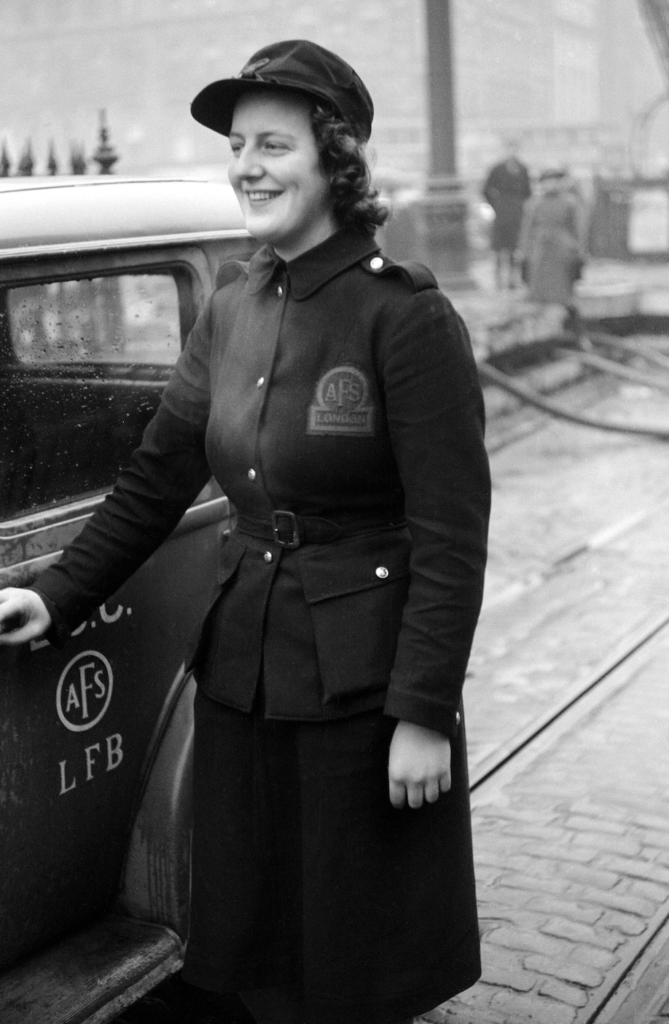 A striking new vessel has appeared on the central London Thames recently and her name is TANNER. She is named after Gillian Tanner, who was awarded the George Medal for bravery for her courage in delivering petrol to fire pumps around the docks in Bermondsey during the Blitz in September 1940. Journalist Lynne Wallis wrote in 2017 about “some of the forgotten heroines of the home front” one of whom was Gillian Tanner, and so it’s good to see her achievements memorialised in the naming of a new London Fire Brigade rescue boat.
Her citation listed in the ‘Supplement to the London Gazette, 31 January, 1941′ reads:
“Gillian Kluane Tanner, Auxiliary, Women’s Auxiliary Fire Service, London.
Six serious fires were in progress and for three hours Auxiliary Tanner drove a 30-cwt. lorry loaded with 150 gallons of petrol in cans from fire to fire replenishing petrol supplies, despite intense bombing at the time. She showed remarkable coolness and courage throughout”.

Gillian Tanner was interviewed by BBC Wales in 2005 on the occasion of the unveiling of a monument in Whitehall commemorating the work of millions of women in the Second World War. By then 86 years old, she explained how stationed at Dockhead in Bermondsey, she passed her heavy goods vehicle driving test, gained her licence and went on to drive her fuel-filled lorries even when the area was under attack. She told the BBC reporter: “We used to carry two gallon tins and filled up the fire engine’s trailer pumps with petrol – we had to keep them going.” She added that she didn’t think about “the danger and everything happening when the fires were going. You could hear the bombers, but you just got on with it.”

Gillian Tanner was later remembered by the Fire Service training base in Gloucestershire who named one of their buildings ‘Tanner House’. For her “It was a great honour.” How she would have appreciated the naming of a London Fire Brigade fire rescue vessel after her…

She is named after Harry Errington, who was awarded the George Cross for his exceptional bravery during the Blitz. I will return to his story in a later article.