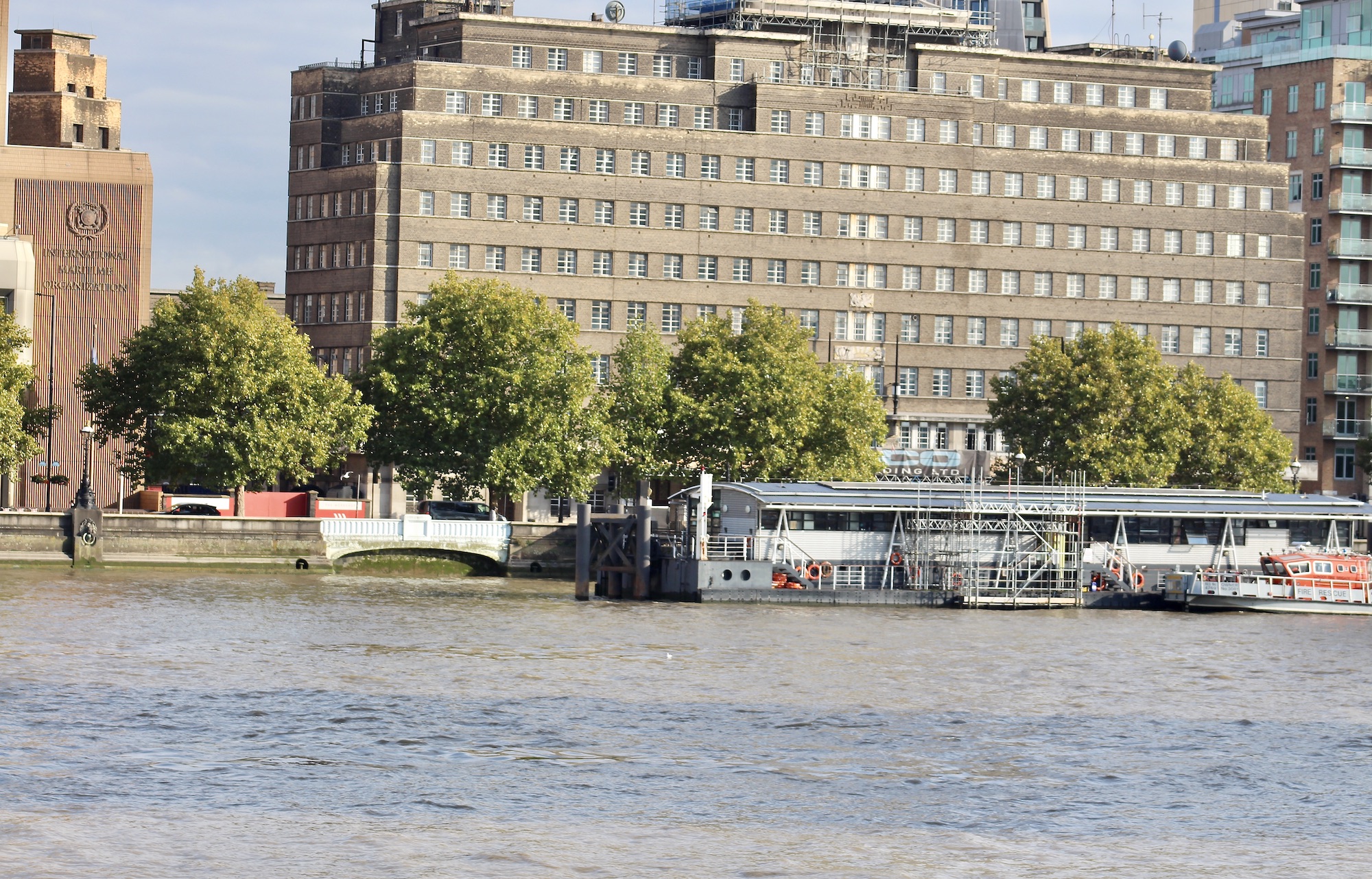 …discreet jewels on the facade of No. 8 Albert Embankment.

From the steps of Victoria Gardens South, 8 Albert Embankment, the London Fire Brigade’s previous headquarters, seems lost among the surrounding buildings but as you draw closer you can see that the facade is made up of neat, restrained brickwork decorated with stylish reliefs and mosaics running down its centre.

A Grade II building, Listed in December 2002, No. 8 Albert Embankment, is described by Heritage England “as of special architectural interest – a well composed and externally unaltered 1930s building which, while in the streamlined Moderne idiom, upholds the Arts and Crafts ideal of collaboration between architecture and sculpture.”
It was designed by London County Council architects E. P. Wheeler and assistant architect G. Weald, and three leading sculptors of the day – Gilbert Bayes, Stanley Nicholson Babb, and F. P. Morton – were awarded commissions to create sculptured reliefs to decorate the building and the Thames-facing facade. Bayes’ contribution included the three reliefs running down the centre of the building from the third to the first floor. Above them, only partially visible at the moment, is a “sculptural relief of the London County Council’s coat of arms, executed in stone and coloured mosaic by F. P. Morton”.

In 2021 the Secretary of State refused planning permission for existing proposals for the development of No. 8 Albert Embankment, and the timings and details of a revised project are still the subject of negotiation. In reply to a question in the London Assembly, the Mayor answered: “As of October 2022, the London Fire Brigade do not expect a planning application on the building to be made before July 2023.”, adding that consultation with “stakeholders and community members will take place before any planning application is submitted.” Measures, including the erection of scaffolding in places, have been taken to protect the building in the meantime.

While the future of 8 Albert Embankment is being worked out, the building is still in use and known as the Lambeth Fire Station, occupying the ground, first and second floors. Below them floating on the Thames is the Lambeth River Station with its fire rescue boats ready to go into action at any time..

Hopefully the fine Art Deco embellishments will be expertly restored and preserved when work on 8 Albert Embankment is eventually undertaken.