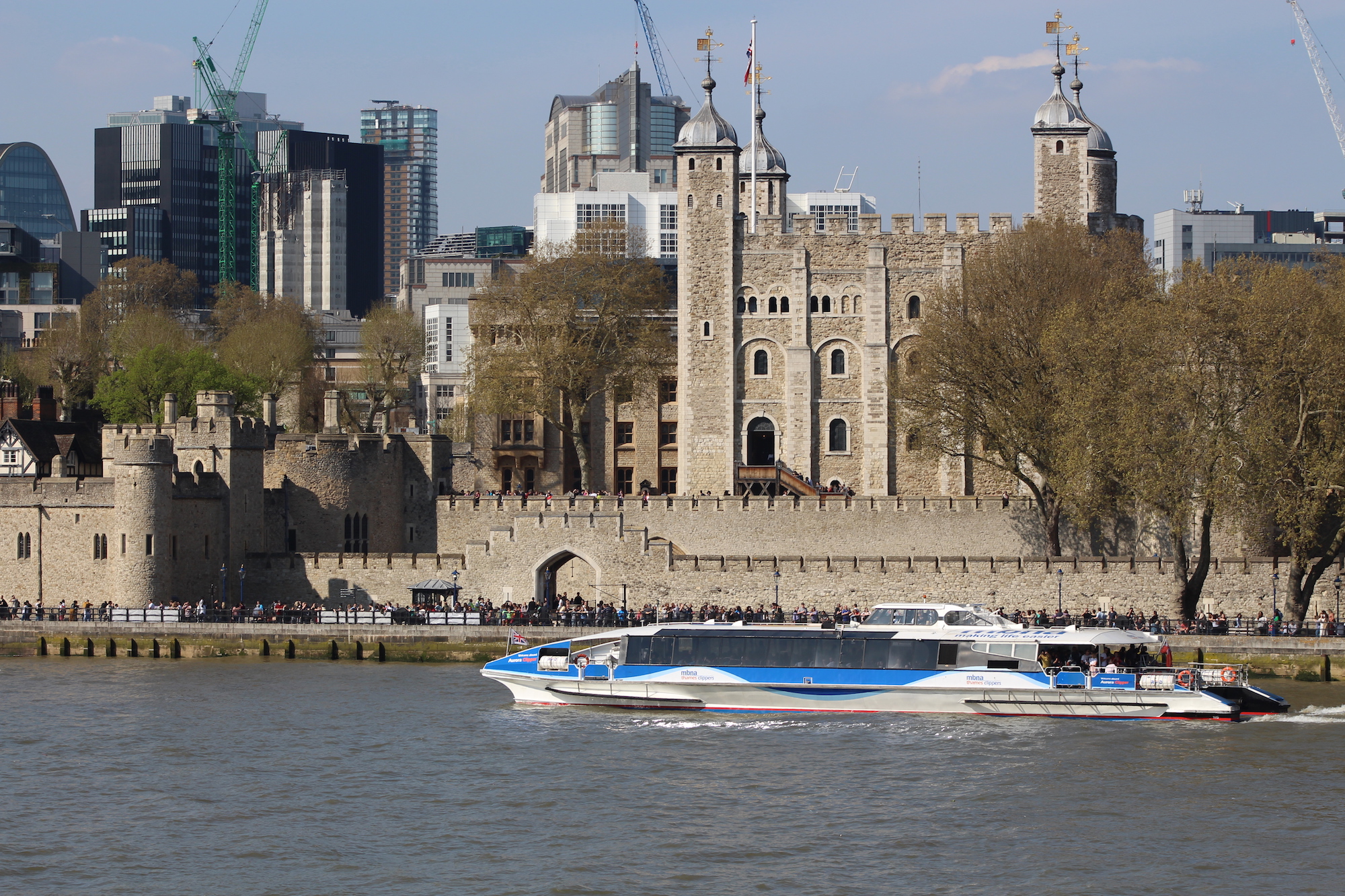 …from my photo archives of Thames Clipper pictures taken before the pandemic. As you’ll see, they are all marked with the MBNA bank company logo, which had a sponsorship deal with Thames Clippers that lasted until June 2020. Their new partnership is with Uber and the vessels are now known as “Uber Boat by Thames Clippers”. Though they have been repainted with the Uber logo, their names have remained the same.
The picture above is of AURORA Clipper, who joined the fleet in 2008 and the following images, are in alphabetical order with the date they joined the fleet. Apart from COMET, only transporting packages, and ORION only available for private hire, all clippers are part of the public Thames river bus passenger service.
Many of you will have boarded a clipper for a sightseeing trip, or regularly to your workplace. Some of you will have served as crew, some worked as guides talking about the famous London landmarks on the route, and some will have skippered these vessels along this tricky central London section of the Thames with its many bridges, fast-flowing tides and particular currents, all of which need to be thoroughly learnt.

In the next article I will post pictures of the clippers in their new livery and list the fleet by category, giving more detail about individual craft.