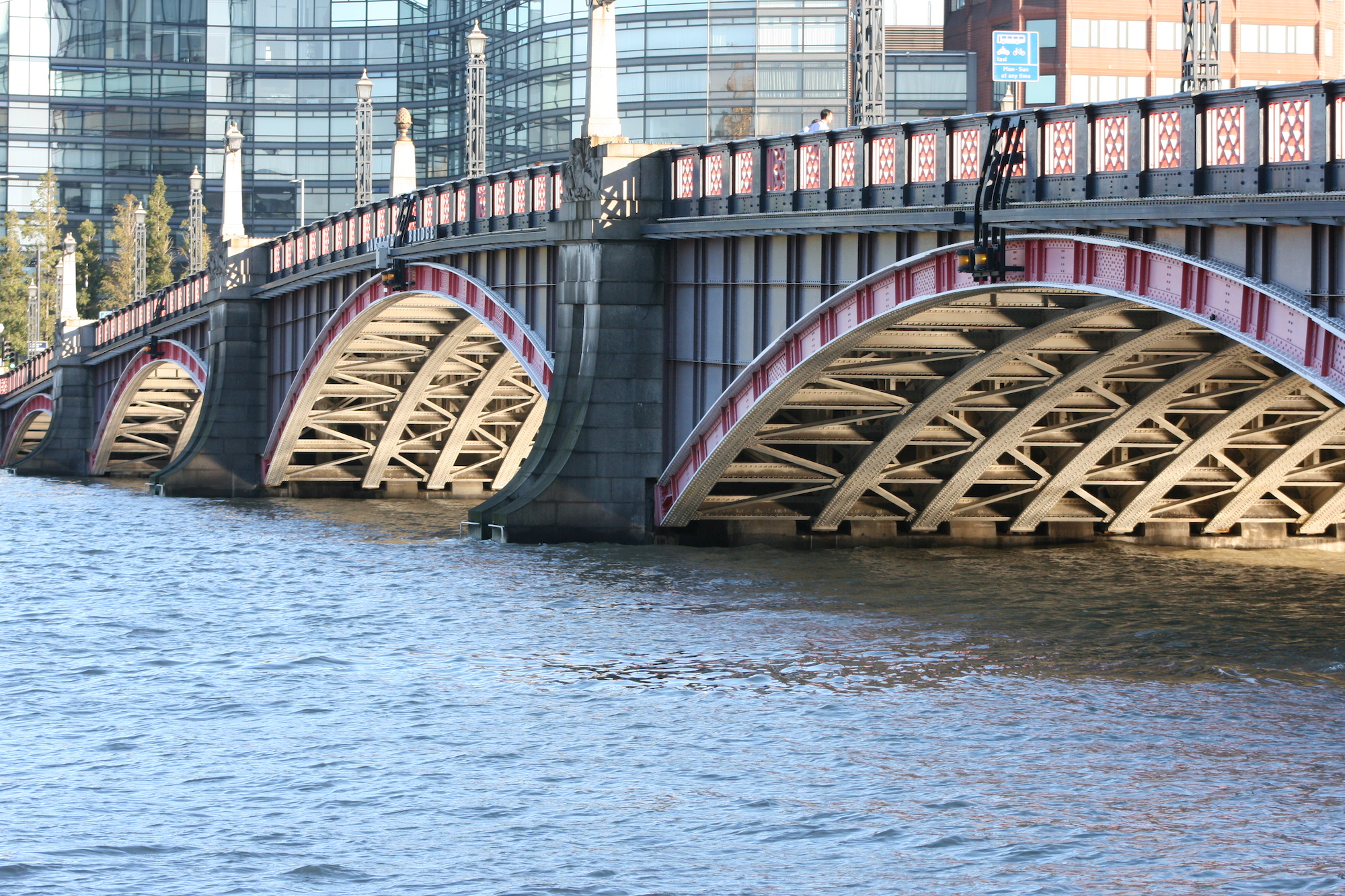 … in central London, has one of finest views in the city, taking in the Palace of Westminster, Lambeth Palace, St. Thomas’ Hospital, Westminster Bridge, and the London Eye but it’s also a perfect vantage point for watching all kinds of boats that operate along this stretch of the Thames.
Though, despite a couple of ugly buildings, the north is more in line with Wordsworth’s immortal words composed on Westminster Bridge, “Earth has not any thing to show more fair”, look to the south and you’ll see an architectural mess with little redeeming features. Most of the pictures that follow were taken from the north facing side of the bridge, just a few from the south, not only because the view is basically unattractive but also because sunlight often made things more difficult.

Despite commercial trade being far from what it used to be in the 1960s and before, there are still a number of working boats regularly passing under Lambeth Bridge. A familiar daily sight are the Cory tugs towing empty yellow containers upstream to collect waste from their Wandsworth and Battersea depots, returning downstream, with filled containers to their plant at Belvedere.

GPS Marine Contractors are major players in civil engineering and construction along the Thames and the Medway but their business also extends throughout Europe. Their bright tugs and barges are a familiar sight along this stretch of the river too.

Walking beside the Thames you will probably have seen the smart blue refuelling tankers HEIKO, ARMADOR II, GOSSO and CONQUESTOR of Thames Marine Services, making their way along the river, or passed by their static barges at Wapping and Westminster.

Livett’s Group have been one of the leading companies working along the Thames, the Medway and others, for over three hundred years. With their varied fleet they can take on all kinds of projects including: filming along the Thames by river or drone; luxury river cruises, publicity events and product launches; marine civil engineering, logistics and towage; diving services; the hiring of barges, piers, moorings and pontoons; safety boats and workboats along the Thames.

Looking at the cityscape to the south, the only easily recognisable building is the *sore thumb* Millbank Tower on the right. Ahead, and to the left, is a mediocre architectural mishmash, its only redeeming feature being Vauxhall Bridge, just discernible in this image but better illustrated in the image below this.

Lambeth Bridge was one of the earliest articles in this series and not many days have passed during lockdown and beyond without my seeing it from Victoria Tower Gardens or walking across to the other side. For many, including me, bridges are a symbol of connection, of bringing together, summed up so well by Simon & Garfunkel’s “Bridge Over Trouble Water“…

Further information
I have given some information in the text where possible about most of the companies that I’ve seen working on the stretch of the Thames observed from Lambeth Bridge. If you would like to discover more, click on the links in the photo captions.