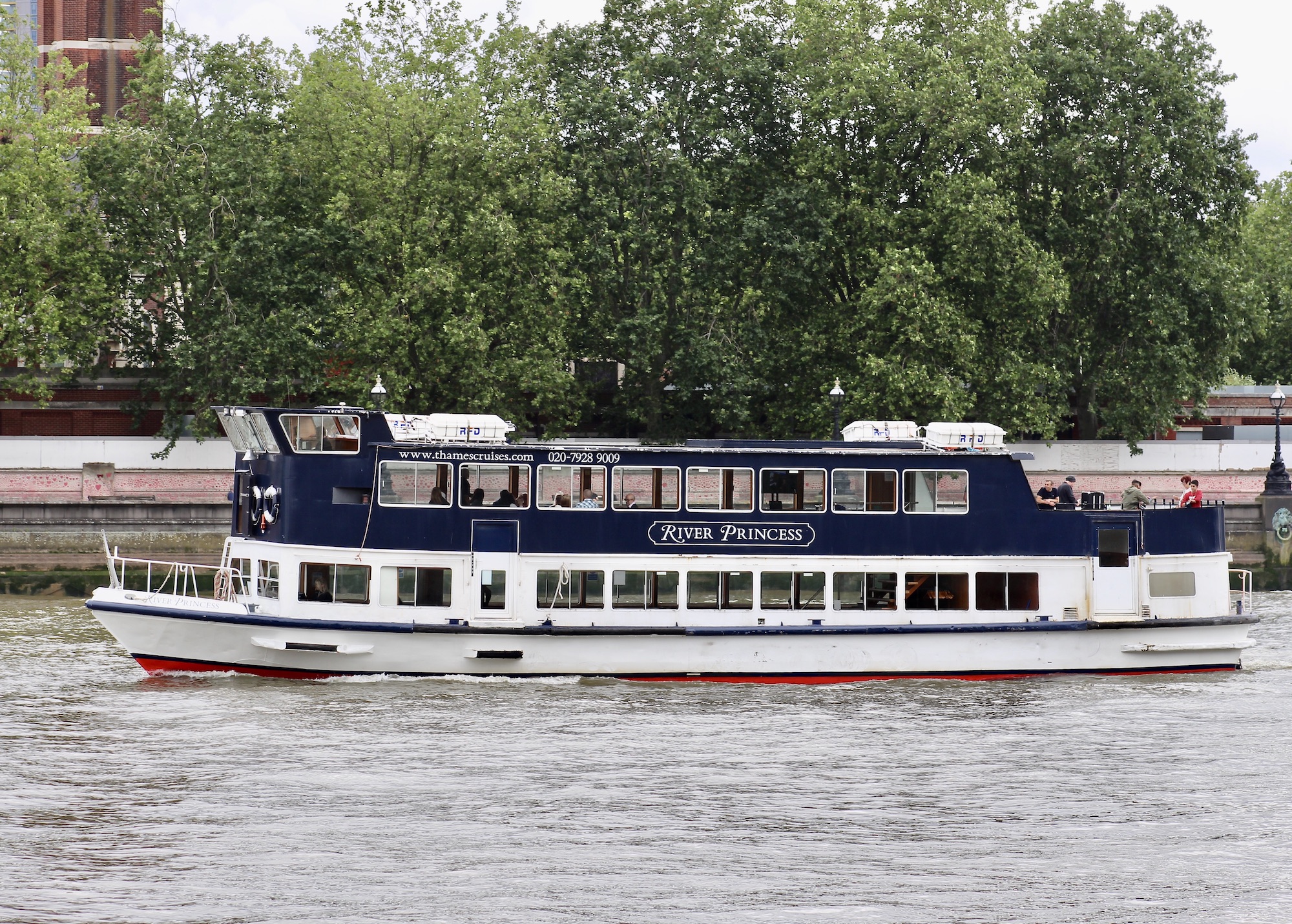 Back on the Thames at last…

Slowly but surely, as covid restrictions have eased, the London Thames sightseeing and party boats have returned to the river on organised tours or private hire. And I’ve been able to photograph a number of them when their trips have coincided with my daily walks in Victoria Tower Gardens, close to the Houses of Parliament.

The RIVER PRINCESS in the photo above, and the THAMES PRINCESS below, are two of Thames Cruises’ fleet of five whose home is at Lambeth Pier, by the bridge. It was good, as it was with all the boats in this article, to see them out and about with passengers. They had remained, tied to their moorings, for so long.

One of the Thames Luxury Charters’ distinctive fleet, the EDWARDIAN, has made several trips passing under Westminster Bridge for various parties and press events, and the other day I managed to catch a glimpse of one their other boats, the ELIZABETHAN, with a relaxed looking party on board.

There are four Golden party boats and they’ve been active recently too. Three of them: GOLDEN FLAME; GOLDEN JUBILEE; and GOLDEN SUNRISE have passed close to Victoria Tower Gardens during the past month.

There are some gaps here due to timing and my being stationed in Victoria Tower Gardens. I was unable to catch the lovely Bateaux London dining cruises and as yet, I’ve been unable to photograph the party boats at night, though that’s a pleasure to look forward to in the autumn as the evenings draw in.