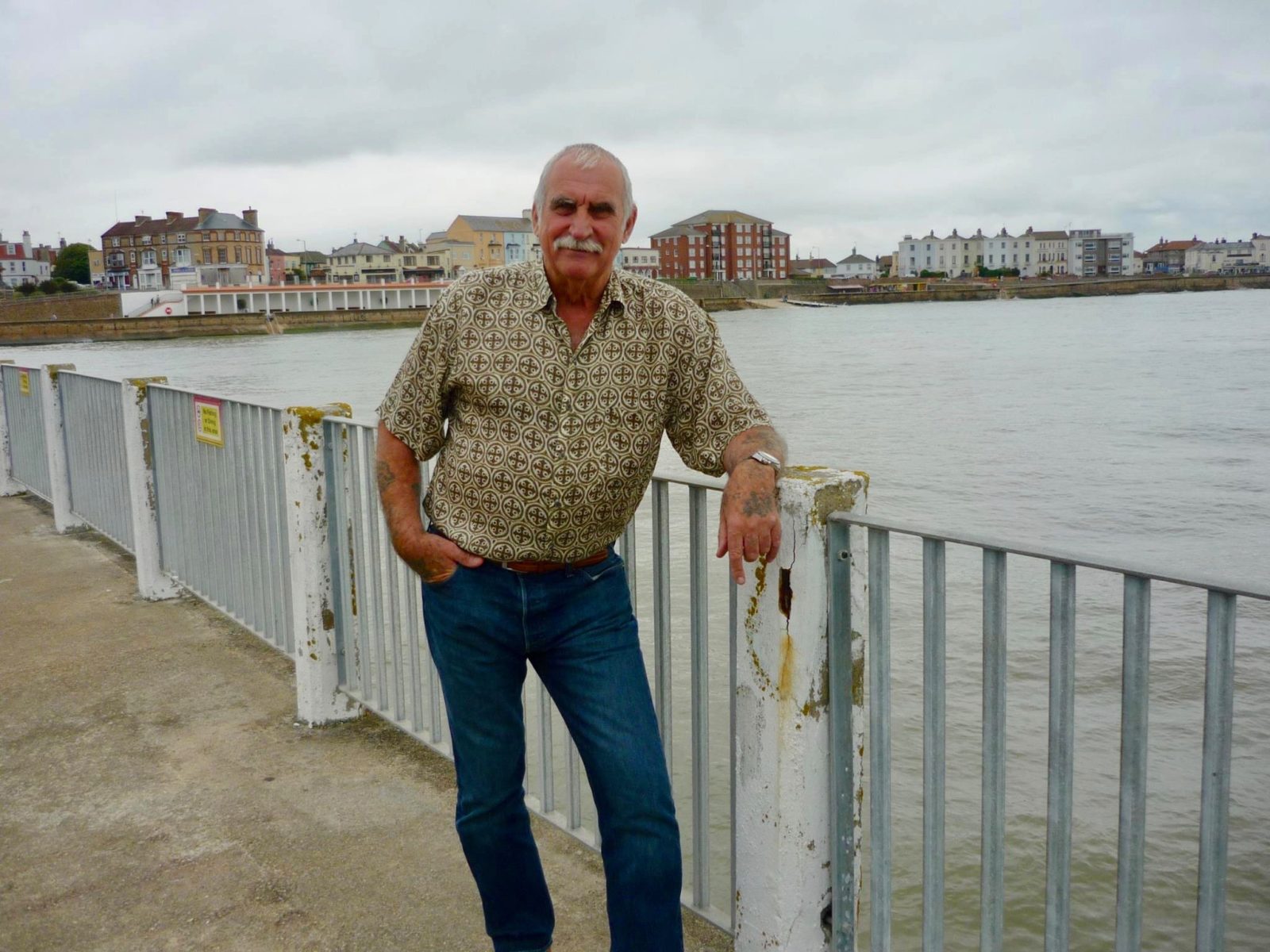 A chance meeting on social media and a shared interest in the Thames led to my discovering the early story of Vic Clarke, who trained at the Wellesley Nautical School at Blyth and who began his career on colliers delivering coal to Thames-side power stations in the 1960s.

After undergoing a rigorous training with tough, and by today’s standards, harsh discipline at Wellesley from 1958 – 1961, he tells me of his first trip to London.

“This will never leave my memory as I’d dreamt of going to sea from an early age, so it made a big impression. Steaming down the East coast from Blyth to London, being thrown about, dropping meals and cups of tea. Then I remember everything going still and peaceful. It was about three in the morning. I went up on deck: we had just turned into the Thames Estuary.

He describes life on board the HUDSON FIRTH, on which he sailed a number of times: “Accommodation was pretty basic for seamen, and for deck boys like me, even more basic. There were two of us deckies on the FIRTH. We shared a cabin directly above the steering gear, so it was pretty noisy. Our cabin was in the hull and there was no insulation in that part; just steel plate between us and the briny.”

“You first join as a deckie. If you’re a junior, you normally help in the galley, where you stay until another deckie joins the crew. In this position the nickname was “Peggy”. In the old sailing days, if you was to lose a leg, you weren’t put ashore, you were tasked to help in the galley. So for three months I was peggy: thankfully I didn’t have to cut my leg off.”

“The FIRTH sailed in any weather. No high sea or high wind deterred our skipper, we’d steam out of Blyth with the prop thrashing out of the water, then back into a trough and silence. The North Sea is harsh; we rarely had a flat steam to London. If memory serves me well, it took three days to go down and two days to go up, dependant on the weather.”

“During days at sea it would be maintenance i.e. chipping paint off and repainting. On leaving Blyth, once the hold covers were down, decks were cleaned off of any coal dust, the same when leaving London; that was the first job.”

“I though the food on the FIRTH was unbelievable. The standard of the galley and cookers was basic but our cook turned out amazing food and plenty of it.”

“The loading in Blyth was done from staithes, high wooden structures that carried coal trucks. The trucks stopped right up above the vessels, then were turned over and the coal streamed down a chute into the hold. On unloading in London, large cranes with grab buckets emptied the hold, after which tractors were then lowered in to finish the job off.”

“I’m pretty sure Bankside was my first trip as memories bring Southwark up. I remember we tied off on a buoy on a Sunday morning. Being peggy I was tasked to go ashore for newspapers and cigarettes; lots of Woodbines and News of the Worlds. One of the seamen called for a lighterman who took me ashore, where I soon found a shop, got the kit and went back to the river. But no FIRTH. Gone.”

“It’s hard to express the sheer number of ships tied up. It was Sunday, and skippers tried to avoid Sundays at sea because pay was double time, meaning more expense for their employers. The lighterman took me down the lines of ships and found the FIRTH. I distinctly remember she was up alongside a ship named GLADYS BOWATER. She was carrying rolls of newspaper. When I walked across her deck it was like a 5-star hotel in comparison to our dark, dusty collier.”

Vic also remembers some of London’s great smogs known as pea-soupers. “Real pea-soupers, which I only actually experienced on the Thames, were I would think, due to the heavy industry and the coal-fired power stations. They were eerie, all sounds were muffled, really muffled. I distinctly remember one time ships’ movements being suspended. I can still remember the taste and smell of smoke and soot infesting the air, all confused with the sounds of ships’ horns, and lightermen shouting to each other….”

After leaving the Merchant Navy, Vic carried on with an active and varied career, with work including diving, abseiling and steeple jacking, where on one occasion he had to inspect the damage done to the Kuwait water towers during the Occupation of Kuwait by the Iraqis in 1990-91. But he looks back with fondness to his early career and work on the Thames: “In those days there were no camera phones and very few ordinary cameras around.” He adds wistfully, “Oh to have the chance to go back and have those sights, sounds and feelings actually on record; though hopefully they will live with me forever.” And from the memories he has shared with us here, they surely will.